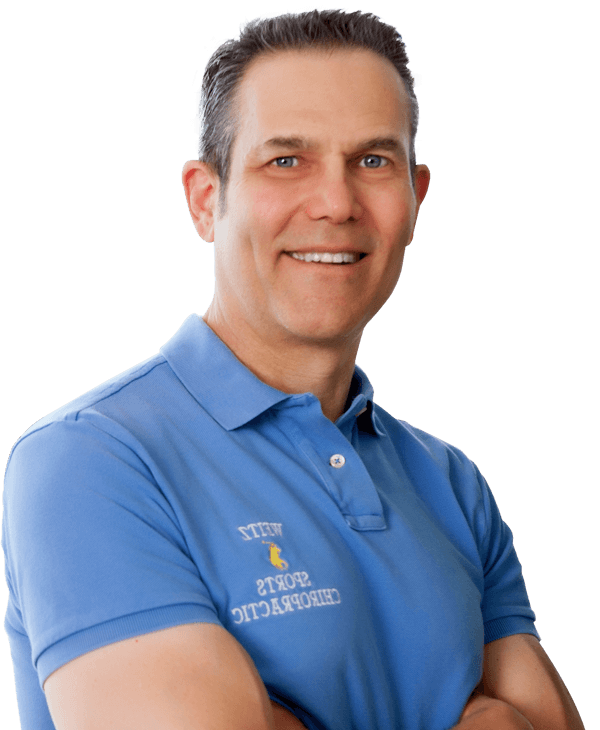 On January 27th, 2021, Doctor Rick Mayfield appeared as a guest on Doctor Ben Weitz’s Rational Wellness Podcast where they discussed olive oil and the benefits of the compounds found within them. Watch the podcast now or read the overview below to find out what was discussed.

The podcast in brief

00:00
Dr. Weitz often talks to leading health and nutrition experts and researchers to provide listeners with the latest in cutting-edge health information and updates.

00:30
It’s common knowledge that olive oil is healthy, has a lot of benefits, and is good for our health. It’s also an important component in the Mediterranean diet, which is backed by a lot of scientific studies hailing its health benefits.

00:50
Among its benefits include brain health, cardiovascular protection, and even anti-cancer properties. Olive oil primarily contains omega-9 oils, known as oleic acid, which is supported by plenty of scientific data indicating that this type of fat is beneficial for human health.

01:20
Some olive oils contain more or less polyphenols depending on the production process. Recent studies indicate that polyphenols, or phenols, are responsible for most of the health benefits of olive oil. These polyphenols are antioxidants and natural phytonutrients found in olive oil – more specifically, extra virgin olive oil.

02:40
Doctor Rick Mayfield joins the podcast to share additional information regarding the benefits of olive oil. Dr. Mayfield is a chiropractor who is double board-certified in clinical nutrition and also certified in functional medicine through the Institute of Functional Medicine. He’s currently the Director of The Center for Well Being in Edina, Minnesota.

03:30
Research into phytochemicals, what they do, and how they benefit our health has significantly increased over the past 25 years. Phytochemicals are plant-based compounds with important benefits that go beyond that of vitamins and minerals.

05:00
While macronutrients like proteins, fats, carbohydrates, vitamins, and minerals are important, the phytochemicals are what make human cells healthy and disease-free.

05:10
Dr. Mayfield started taking an interest in olive oil due to the potent compounds found in olives that produce a protein called glutathione. This protein is the master anti-oxidant in cells that eliminates free radicals or oxidized agents. It also rids the body of heavy metals among other harmful chemicals.

06:40
Olives contain 36 different polyphenols, of which the most important type is called oleuropein. This phenol is generally consumed through certain diets and bacteria, of which the metabolites are absorbed into the human system.

07:25
Dr. Mayfield explains that Hydroxytyrosol is one of the key polyphenols found in olives and olive oil, which is what provides most of the benefits.

08:10
Different types of olives produce different flavors, tastes, and content in olive oil. One Greek variant, for example, has very high polyphenol content. It’s often found that the higher the phenol content, the more bitter or peppery the taste of the olive oil.

12:30
Dr. Weitz explains that while most Americans prefer oils that don’t have any taste, healthy olive oil with high phenolic content has a more pungent flavor – which is where all the benefits come from.

13:30
According to Dr. Mayfield, the International Olive Oil Society is in the process of standardizing olive oils based on polyphenol content.

14:00
Dr. Mayfield expresses his admiration for Hypereleon in particular, which contains the Olympia variety of olive oil. He also admires Hypereleon’s transparency about the phenol content in their olive oils.

At the time of making these statements, neither Dr. Mayfield nor Dr. Weitz had prior communication with, were compensated by, or affiliated with Hypereleon. 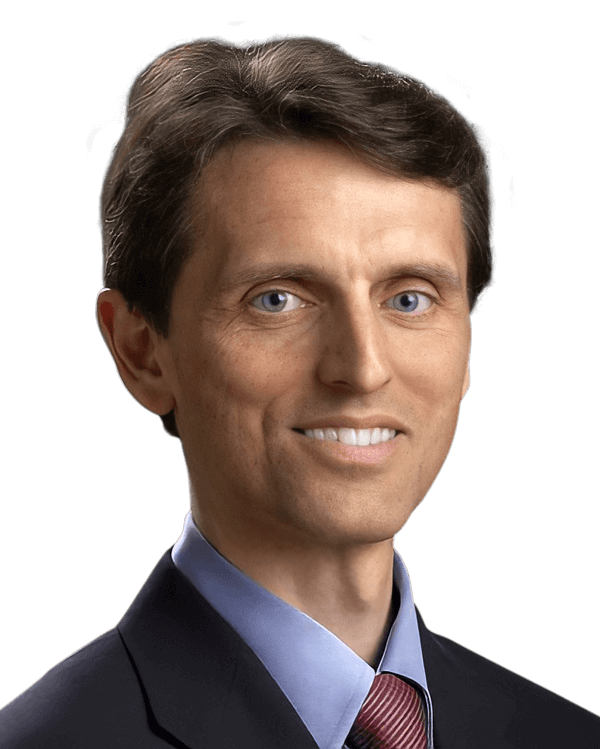 Dr. Rick Mayfield is an esteemed doctor who is not only a chiropractor, but also a certified clinical nutritionist, functional medicine specialist, and certified acupuncturist.

He is also the Director of the Center for Well Being in Edina, Minnesota. In 1981, Dr. Mayfield received his Doctorate in Chiropractic (DC) from Northwestern Health Sciences University. He is also a certified BioCranial doctor, as awarded by the BioCranial Institute.

He is also a faculty staff doctor at the Institute for Functional Medicine (IFM), a distinguished medical educational organization that effectively trains physicians from around the world. The institute covers scientific diagnostics and treatment methods with a focus on functional medicine.

Since 1984, Dr. Mayfield has been a lecturer in clinical nutritional sciences. He’s also authored a doctor’s manual called Metabolic Purification of Toxic Metals and Chemicals.

From 1994 to 1996, Dr. Mayfield studiedChinese medicine procedure in China where he became a certified qigonginstructor through the Bagua Xundao Gong Institute in Beijing, China. Dr.Mayfield is currently a fellow with the International & AmericanAssociation of Medical Acupuncture.

B.A. in Philosophy, Chiropractor, Certified Chiropractic Sports Practitioner, Strength & Conditioning Specialist, FirstLine Therapy Nutrition Healthcare Provider. Dr. Ben Weitz is a chiropractor who is passionate about all things healthy – from nutrition to bones, and beyond.

Here, he became a licensed Doctor of Chiropractic 1988. In 1995, he obtained his certification as a Chiropractic Sports Practitioner. In later years, Dr. Weitz went on to obtain his certifications as a Strength and Conditioning Specialist and FirstLine Therapy Nutrition Healthcare Provider.

In 1997 and 1998, Dr. Weitz was featured in publications such as Minimizing Weight Training Injuries in Bodybuilders and Athletes and The Back Relief Book. Furthermore, the doctor has written for and contributed to various esteemed articles for fitness journals, including Muscle and Fitness, Flex, Men’s Fitness, and Ironman magazine among others.

Over the years, Dr. Weitz has associated himself with numerous esteemed organizations. Among other notable positions, he is a member of the National Strength and Conditioning Association as well as the American Society for Nutrition.

Apart from being a chiropractor, member of numerous associations, and contributing to various articles, Dr. Weitz hosts a weekly podcast called Rational Wellness. It can be found in audio format on Apple Podcast, Spotify, iHeart Radio, and the like, or in video format on YouTube.

Dr. Weitz is also currently writing a book on anti-aging to further add to his arsenal of published works. 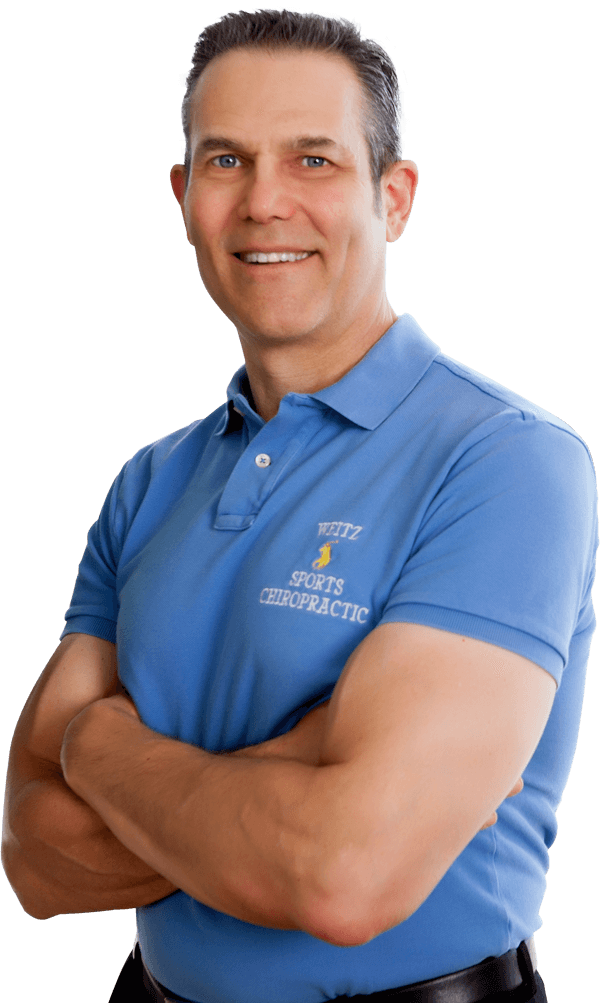